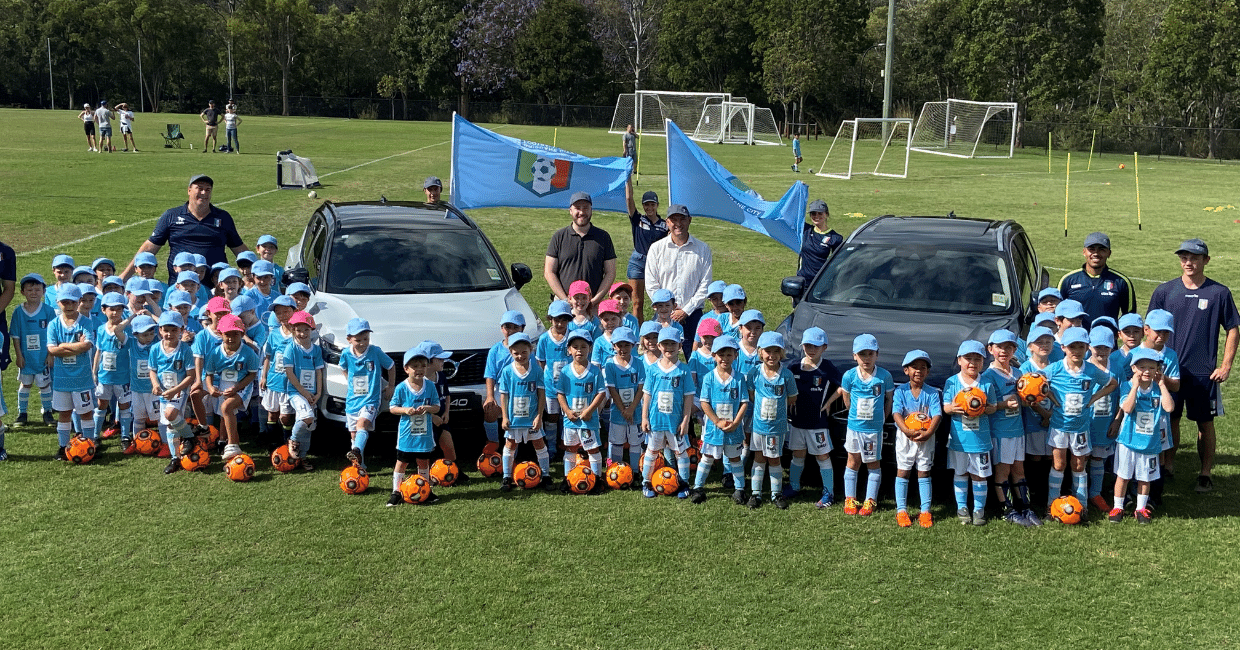 Volvo Cars Brisbane North is excited to announce that they have once again signed on to be the exclusive automotive partner and a Diamond Sponsor of Brisbane City Football Club in 2021 to make it 3 years in a row.

"We've really been made to feel like one of the family in the 'City community over the last couple of years and it was a no-brainer to sign on once again as a Diamond Sponsor," says Neil Marshall, General Manager, Volvo Cars Brisbane North. "The club, like us, is on track to do big things and I know that this is due to the great 'can-do' spirit that exists at every single level at 'City. From players to volunteers, parents and supporters, everyone is always looking to rise to the challenge and look for a way to help the Club succeed. And it's this kind of attitude that aligns well with us at Volvo Cars." says Neil.

Like Brisbane City FC, Volvo Cars has a great heritage to lean upon with a clear 'People First' approach. It is this vision that continues to help Volvo maintain market leader status in both safety & sustainability within their industry, which also attracts a team of genuine & caring individuals to work with us in the local Volvo Cars Brisbane North team too.

To reflect this 'People First' approach within Brisbane City Football Club, Volvo Cars Brisbane North will continue to be the annual sponsor of the mini and junior gladiator programme to support the Club's future superstars from a grassroots level.

In addition to the junior club sponsorship, The Volvo Cars Brisbane North Player of the Month award will also continue into 2021. This award focuses on recognising and rewarding Academy Player excellence both on & off the field. "This is an award that we look forward to building upon and having our brightest & culture building talent vie for in 2021". said Club President Rob Rossi. "Volvo's community-minded people first values closely mirror what the Club is all about and we know that we will continue to build a great team together."

Neil and the rest of the locally based Volvo Cars Brisbane North team look forward to once again being an active partner of Brisbane City Football Club and look forward to celebrating even more achievements in 2021 with the club.